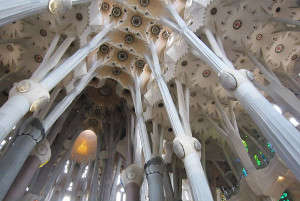 If you walk by Sardenya Street, in only 10 minutes you will find Sagrada Familia Basilica. It is convenient to have the ticket in advance, because queues are very long. The original idea was that the church devoted to the Holy Family was supported only by donations. In 1914 Gaudí wanted to work exclusively for the Sagrada Familia's project, installing a little house for living.

The 7th of June we was walking to work when he was ran over by a tram, dying three days later. All the city was consternated and the Pope consented to bury him inside the unfinished crypt of Sagrada Familia.

Gaudí had foreseen for the church a period of time for construction about 200 years. Although, he didn't leave any completed design, because he wanted to take into account the opinion of future generations. 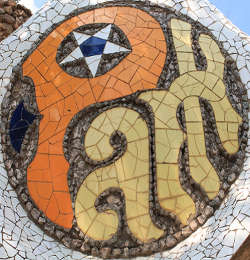 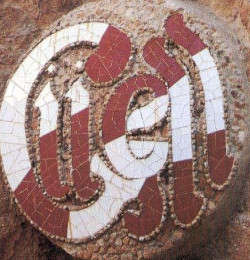 Another amazing Gaudí's work, and one of the most original gardens in the world. Declared as Word Heritage by the Unesco, it is located on the top of a hill, so their views of the city and the sea amazing, and almost the best ones of Barcelona. In the design of Park Güell there are no right lines, is a clear example about how Gaudí was obsessed with curves. You can not miss it! It is only 15 minutes from our home.

The hospital's architecture is without doubt marvellous. Almost every pavilion is designed by Lluís Domènech i Montaner. If architecture is your passion you must go and visit it. 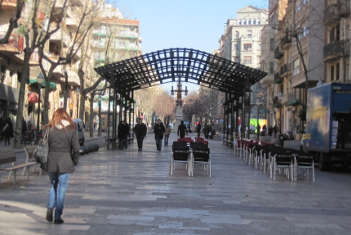 Gaudí avenue is a pedestrian street between two big modernist zones of Barcelona: the Sagrada Familia and the Hospital de la Santa Cruz y San Pablo. The avenue is a diagonal path relatively recent opening. From there you will see a magnificent prospects of both buildings 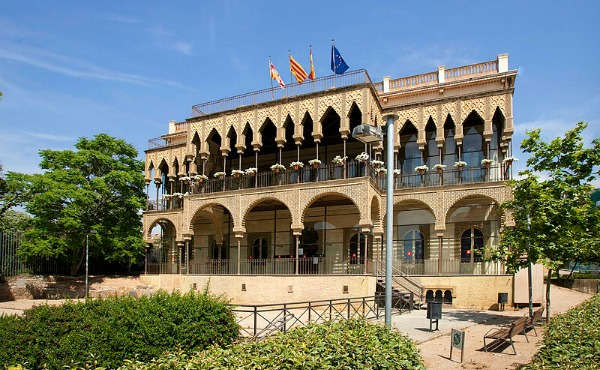 "La casa de les altures" or "Centro estudios del agua", is an Arabian style building situated in Baix Guinardó, Alfons el Savi IX square, was built by Enric Figueras in 1890. It was requested by the General manager of Aguas de Barcelona. From 1991 it is district headquarters of Horta-Guinardó. As you can see it's very beautiful. 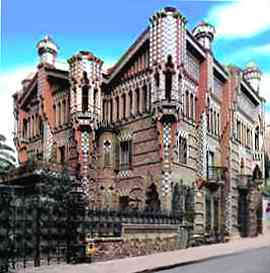 The Casa Vicens is a modernist building, being the first serious project of the architect Antoni Gaudí after being graduated in 1878. It is located in Carolines Street, number 24, in Gràcia neighbourhood. When the building was built, Gràcia was an independent urban centre with own town hall. Nowadays is a Barcelona's neighbourhood.

Aforetime it was a part of the courtyard of the Caserna Militar de los Cuarteles de Caballería de Gerona, it left its function about 1980-1984. After that was occupied by Guardia Urbana de Barcelona and then it had another municipal uses. It seems a castle and its state of neglect and dirtiness of the frontage seem to be abandoned. Although, inside we can find a very large extension of gardens, lakes, place to play for kids and a very wide place to walk or rest under a tree's shadow.

It has a very beautiful big lake, very appreciated by boat modellers who come at weekends to practise their hobby.

Barcelona tu Casa
Privacy policy. The user's details will be part of automated files and will be stored in databases held by Barcelona tu Casa, with the sole purpose of sending information related to the business of the website.
Our cookies policy. We use own cookies and third-party services to improve our service and show you advertising related with your preferences by analysing your browsing habits. If you continue to browse, consider accepting its use.
© 2014 Designed by Barcelona tu Casa. All rights reserved. Terms and Conditions under which this service is provided.