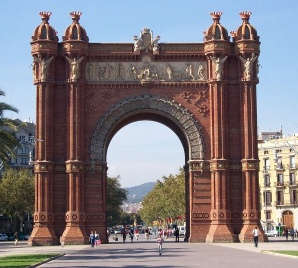 Are you planing a trip to Barcelona? Whether it is in a weekend or a longer visit, it is worth to visit this wonderful city… or at least once in your life although most of the people who visits Barcelona usually fall in love with the city and come back at least once more! Is it because of the magic of its views from the Tibidabo, for the peculiar architecture of the Parc Güell or the Sagrada Familia, for the vivacity of Las Ramblas or for it's nightlife… any ways, in the following pages we invite you to meet with more detail, which are the monuments of Barcelona that you can't miss! 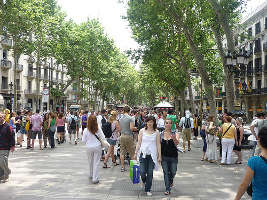 Is one of the most known place of Barcelona. Every day, thousands of tourist and residents take a walk along this avenue that goes from the centre of the city till the old port, Port Vell. One of the peculiarities of this beautiful street rounded by trees, is the quantity of living statues that can be found. In short, it's a special thing of Barcelona worth to be visited! 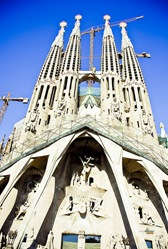 Probably the most contradictory work of Gaudí. Loved, criticized and very visited, sometimes the cue goes around the whole building… There is a reason! The church seems to be done out of sand, it is a referential point in Barcelona and an unique architecture work in the world.

The Sagrada Familia is composed by five main naves and three transversal naves that form the latin cross. The five main naves are 90 metres length and the transversal naves 60 metres length. The topics of the three frontages are: the birth of Christ, the Passion of Christ and the Glory. The first one explains through lots of ornamental details about the birth of Christ. The second frontage seems simple and new, it contain less details but bigger statues. The frontage of the Glory will be the main one although is still under construction. 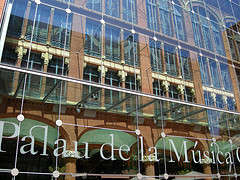 The authentic jewel of Barcelona, this palace is really impressive! It seems to be taken out of a fairy tale, it's architecture, work of the famous Lluís Domènech i Montaner, is a good example of the Catalan modernism. It is the central seat of the “Orfeón Catalán”, a choral society founded in 1891 and many famous musicians and artist, Spanish and international have passed trough it's concert rooms. 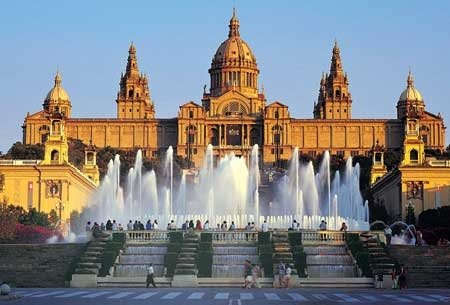 This mountain with its own castle, has something magic and not only because of its excellent views over the city but because of his fountain, an unique show of lights, music and colours. Montjuïc is a place you must visit if you come to Barcelona. Its name comes from Latin: Mont Iovis, (hill of Jupiter) and with the pass of the time it changed to Montjuïc. This zone holds the principal sports structures of Barcelona, built for the Olympic games in 1992: The Olympic stadium Lluis Companys and the Palau Sant Jordi. However, those are not the only attractions that you can find: The famous Poble Español, The MNAC museum, the Fundación Joan Mirò, Caixaforum museum, Teatro Grec, the Botanic garden… ¡And much more! 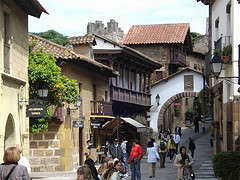 At the foot of Montjuïc there is a special place, where you will be able to know all Spain without having to go too far away: el Poble Espanyol is a reproduction of the different architectonic works around all Spain. Here you will find things for children and handicrafts, restaurants, entertaining for children, flamenco shows, among others. Do you want to know all Spain? Visit the Poble Espanyol! 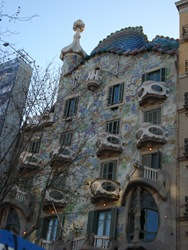 At Paseo de Gracia Street number 43, you can find the majestic work of the Catalonian modernism: La Casa Batlló, building which already existed and was reconstructed by the genius Antoni Gaudí.. Constructed with sandy stones of Montjuïc, in its design we can find columns with bony shape, curve surfaces, coloured windows... which contribute to give a hunted house aspect to this building.

The Casa Batlló and the Sagrada Familia are the most known and fascinating works of Gaudí in Barcelona. Walking through Passeig de Gracia, you can see the blue frontage. Thanks to the multiple balconies, the columns and the blue and green colours from the frontage, it reminds you a coral reef. Since 1904 until 1906 Antoni Gaudí remodelled the building for the Batlló's family. For the frontage he was inspired in the legend of the Catalonian's patron saint: Sant Jordi. Its impossible that it goes unnoticed to your eyes! 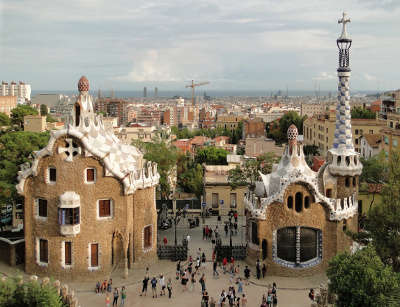 Another impressive work of Gaudí and one of the most original parks in the world is, Parc Güell. Declared by the UNESCO as a World Heritage, it is located in a little hill so its views of the city and the sea are, with the Tibidabo, one of the best views of Barcelona. In its design straight shapes don't exist, it is a clear example of how Gaudí was obsessed with curved lines. ¡You can't miss it! 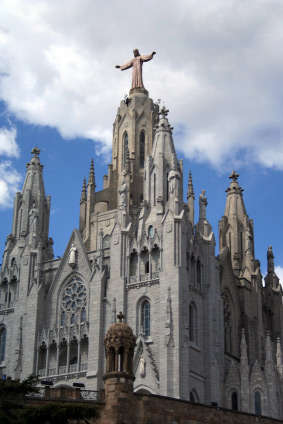 That's the name oh the highest hill of the Sierra del Collserola, which incredible church called Templo Expiatorio del Sagrado Corazón reminds to the Basílica del Sacré Cœur in Monmartre because of its situation, design and obviously, for its name.

Tibidabo is a magnificent viewpoint above the city which offers the best views of Barcelona. Moreover, is well known also for its natural landscape, being one of the green hearts of the city. The hill holds an historic theme park dated of 1899, and several building and constructions as the Observatorio Fabra, the tower of Collserola and the Science museum of Barcelona, among others. 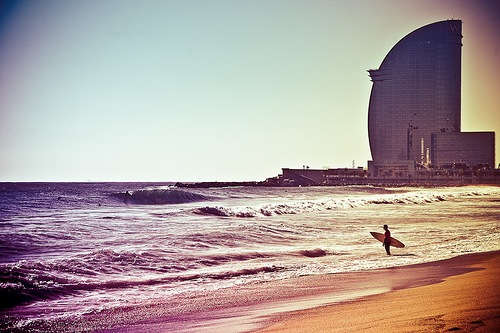 With 4.2 Km. of coast, Barcelona offers different beaches equipped with all kind of comfort to enjoy the summer days and, why not? also in winter and spring. At few kilometres form the centre of the city you can find the Barceloneta beach, frequented during day and night, is without doubt the most popular and well known. Although there are also beaches farther from the centre, well communicated and less tourist. 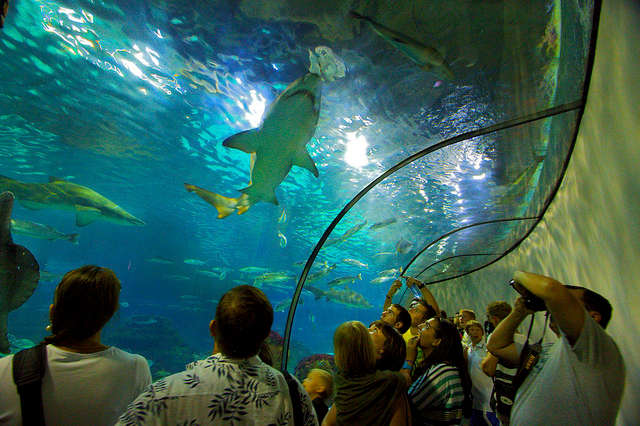 Old port of the city, Port Vell has become a leisure space to all kind of public which offers culture and fun. You will be able to find: the Catalonia History museum, the Aquarium of Barcelona, Palau del Mar, Maremagnum, nautical clubs, restaurants, and much more. All of this, in front of the sea and at one step from Barcelona's centre.

Barcelona tu Casa
Privacy policy. The user's details will be part of automated files and will be stored in databases held by Barcelona tu Casa, with the sole purpose of sending information related to the business of the website.
Our cookies policy. We use own cookies and third-party services to improve our service and show you advertising related with your preferences by analysing your browsing habits. If you continue to browse, consider accepting its use.
© 2014 Designed by Barcelona tu Casa. All rights reserved. Terms and Conditions under which this service is provided.